Last week in this column I discussed the basic concept of how the lung traps blood clots and the fact that this is a normal function for removing small, microscopic clots from out circulation. Large clots are another story.

The difficulty in diagnosing pulmonary emboli has led to several new diagnostic approaches. The use of a blood test called a D-dimer can be used to assess the risk that the patient may be having a pulmonary embolism, but the test can be misleading at times and is most reliable when it is negative, indicating that, most likely, no embolism is present. The most common diagnostic test currently being used is an angiogram (dye injected into a blood vessel) done with a computed tomography scan (CT scan) of the chest.

The most common treatment for a pulmonary embolism is anticoagulation therapy. Commonly, patients will say they are taking a “blood thinner” but make no mistake about it, we are not thinning the blood but rather keeping it from clotting. This treatment carries significant risks especially for the elderly and needs to be monitored carefully by the treating physician 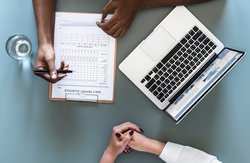