Put your "COPD Specialist Near Me" searches to rest. Our expert team of physicians specialize in pulmonary medicine and provide a wide array of treatments for COPD. 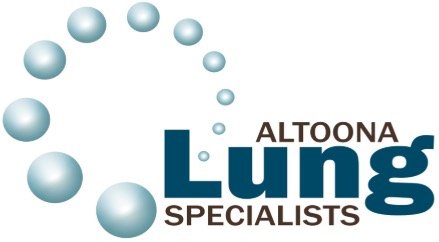 Leaders in Providing Comprehensive Pulmonary Care and Sleep Medicine Services, All Under One Roof, for patients in and around Altoona, PA

Most people never think about breathing - it comes naturally and easily to them. For those who suffer from Chronic Obstructive Pulmonary Disease (COPD), however, breathing can be all they think about. COPD affects the airways, or the tubes that take air to the lungs, and the air sacs in the lungs themselves. COPD is often divided into two types: chronic bronchitis and emphysema. Chronic bronchitis involves a long-term cough due to mucus build-up in a patient’s airways; while emphysema, involves damage to the lungs over time, ultimately leading to collapsed airways.

If you suspect you have COPD, call the Lung Disease Center of Central Pennsylvania, 814-946-2845 or book an appointment online! We have a dedicated physician team specializing in pulmonary medicine that can help you address your health issues. We also offer a majority of testing in office to alleviate the need to go elsewhere for testing.

According to the COPD Foundation, Chronic Obstructive Pulmonary Disease (COPD) is an umbrella term used to describe progressive lung diseases such as emphysema and chronic bronchitis. These illnesses are commonly characterized by increasing breathlessness. COPD is a progressive and incurable disease, though it can be managed with expert help.

Is COPD The Same As Asthma?

COPD is different from asthma. While asthma symptoms can be reversed, COPD is permanent and progressive. However, there are things people with COPD can do to improve their breathing and reduce the effects of COPD on their daily lives. Since COPD is almost always the direct result of a person smoking, it is very important that someone with COPD quit smoking as soon as possible. That said, not everyone who smokes will develop COPD. And a very small number of people who have never smoked will get this disease.

What are the Symptoms of COPD?

For people with COPD, symptoms may include:

How Is COPD Diagnosed?

To determine if someone has COPD, a doctor will ask about symptoms, family history, and smoking habits, as well as test the person's lung function. The doctor may also do a chest x-ray or some blood tests. The lung function test is very important, as it shows how long it takes the person to empty their lungs while breathing out. Someone with COPD takes much longer than a healthy person to do so because their airways are obstructed.

How is COPD Treated?

What Can I Do If I have COPD?

The first step in managing COPD is to stop smoking. Smoking is an irritant and affects the body's natural ability to clean the airways, making infection more likely. Since smoking can worsen COPD symptoms and increase the chances of getting secondary lung infections, quitting is an essential step towards better lung health. Additionally, to safeguard their health it is often recommended that patients receive the pneumococcal vaccination (only needed once) and influenza vaccination (every fall).

People with COPD must also carefully consider their surroundings and reduce their exposure to known lung irritants. Irritants include:

The best strategy for managing these irritants is to avoid them. Stay away from smoke and fumes, and reduce exposure to extreme weather changes by wearing a scarf or even staying indoors during very cold weather. People with COPD can and should also learn appropriate exercises and breathing techniques to achieve their best physical potential. The exercises are particularly good for those who, even with medication, are limited in their activities.