A growing trend in college students and young adults, mostly of upper socioeconomic status, is hookah smoking. Tobacco or “shisha” is burnt using charcoal and passed thru a container of water and then inhaled thru a hose which is often passed around to others. It appears to be a very social event and is often thought to be safer than smoking cigarettes. Even though indoor smoking is regulated or banned in most states, smoking tobacco in hookah lounges is permitted.

Smoking hookah is far from safe and carries many of the same health risks as tobacco, such as an increased risk of developing lung cancer, other lung diseases, and low birth weight infants in women who smoke hookah. This does not even consider the transmission of disease as the hookah tube is passed from one smoker to another. Unlike cigarettes, which are smoked quickly, smoking hookah is a more prolonged event that lasts 30 minutes or more, thus exposing the smoker to large amounts of nicotine.

When urine is analyzed for nicotine byproducts, it estimates that once daily hookah smoking is equivalent to 10 cigarettes. Hookah smokers seem to smoke less often and do not seem to have the intense nicotine addiction that plagues their cigarette smoking friends but this does not mean hookah smoking is safer – it’s just different. Smoking hookah is not recognized as an effective aid to stop smoking and the larger concern is that young adults will convert to cigarette smoking since little equipment is needed. 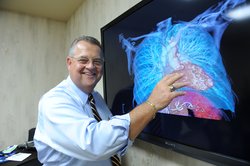