One of the more difficult problems to assess in some of the patients presenting to our office is that of vocal cord dysfunction. The symptoms of this disorder can vary from frequent cough to wheezing and shortness of breath. Often the problem of vocal cord dysfunction is found by exclusion, i.e. all other possibilities for the patient’s symptoms have been explored and nothing has been found.

The problem of vocal cord dysfunction is not really a pulmonary problem, but rather is one for the ENT specialist, but because the symptoms mimic pulmonary diseases, it is common to have the initial work-up done by pulmonary physicians.
The patient with vocal cord dysfunction (VCD) has a movement disorder of the vocal cords. The vocal cords open and close while we are talking, breathing and eating. Patients with VCD have paradoxical vocal cord movement. This means that the cords open and close at the wrong time. This unusual movement results in the symptom of cough or wheezing. The gold standard for the diagnosis of VCD is a direct examination of the vocal cords using a procedure called a laryngoscopy.

During this examination the patient is asked to make various sounds and the movement of the vocal cords can be observed.

Complicating the problem of VCD is that it may mimic asthma. However, even more frustrating is the fact that 27% to 40% of asthma patients may have VCD depending on the severity of their asthma.
Nothing is ever easy. 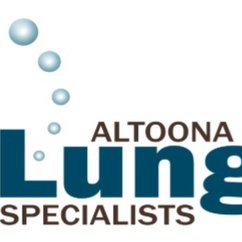